Many of our liberal arts students are, by their nature, very creative. One way of assessing our students that allows them to be creative and also see how mathematics connects with their interests is by assigning projects. In our geometry class this semester, our students have been studying the interplay between the dimensions, particularly the interplay between two and the three dimensions. Volker and I recently asked our students to create their own slice form, a way of recreating a 3-dimensional object from 2-dimensional cross sections. 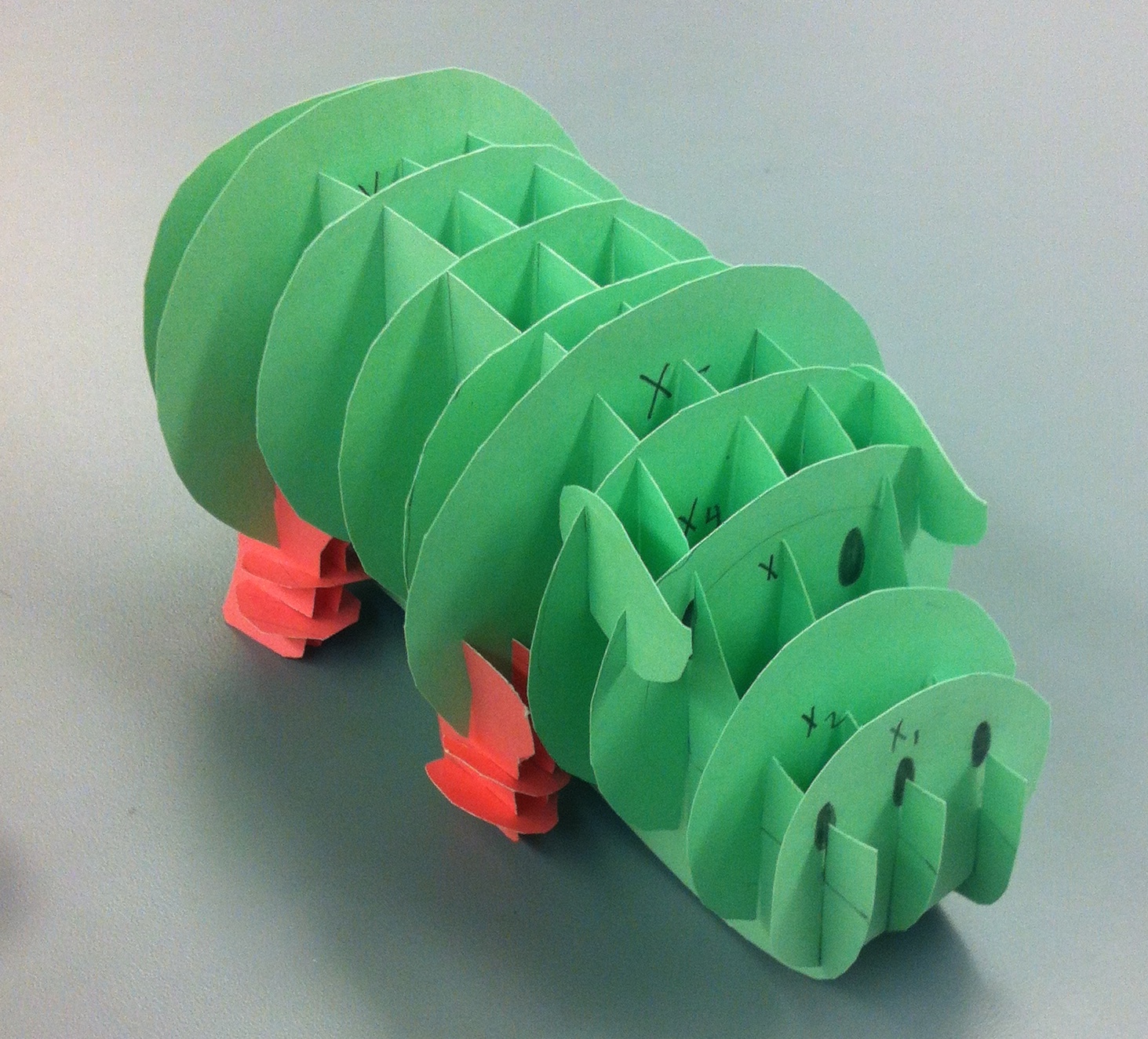 We asked our students to submit a proposal a week before the sliceforms were due so we could give them feedback on their choice of object and plans. We spent the first 10-15 minutes of class on the day the proposals were due talking individually to each student and discussing their plans. These discussions helped us assess how the students were thinking about the ways the mathematics on which they had been working connected to their project. Some of our students had made interesting and appropriate choices for their sliceform, were aware of the mathematical challenges in creating it; and were well on their way to finishing their project. However, others had not thought much about the difficulties in creating their sliceforms, or could have challenged themselves more or had overestimated what they could reasonably accomplish in the week they had to create the sliceform. By talking to these students we were able to address these issues and, if necessary, redirect them in more appropriate directions.

More importantly, while many students were worried when this project was initially assigned, they generally did a good job with their sliceforms. Interesting sliceforms included a pig, a cupcake, a shark, the Batman symbol, the tesseract from Dr. Who, and a snowflake.

After our students have handed in their slice forms, we graded them using the following rubric.

Grading the sliceforms was very easy using this rubric. Areas where students had issues were with the materials (some used paper instead of card stock), and care in construction (some students did not make the lengths of the slots in the slices long enough so that when two slices were put together they did not have the same height).   Looking back on this experience, the next time I do this project, I think I will give the students more time between the proposal and handing in the completed sliceform and perhaps require them to come to my office with their templates in order to give more feedback and get a better sense on how the students are applying the ideas from class. 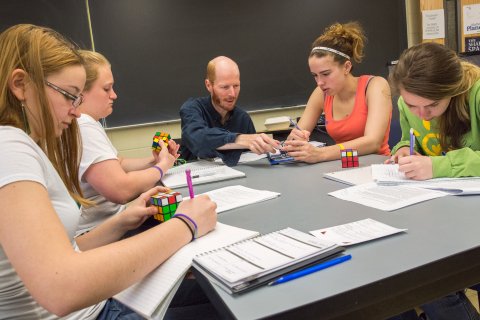