Jo Boaler’s undergraduate students explain their reasoning about the Pennies and Paperclips task from Discovering the Art of Mathematics.

Light ray patterns on the beach floor in St. Croix.
Compare with patterns in soap bubbles, dragonfly wings, and scales on snakes and lizards.
What is the morphogenesis of these patterns? I.e. physical factors cause them? 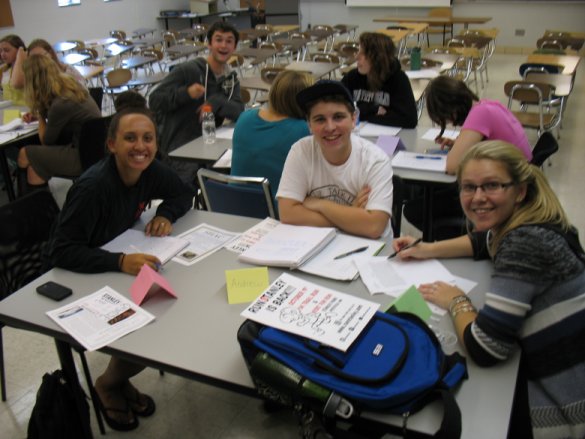 Spirographs in the Real World

This video was taken in a mathematics for liberal arts class with 30 students. It met three times a week for 50 minutes each.

A small group interaction with their professor as part of investigations of the areas of polygons on a geoboard in relation to the number of pins contained within the polygon and those falling along the boundary. Mathematically, these are first steps towards the (re-)discovery and proof of Pick's Theorem. The students wondered which pegs actually lie on the boundary formed by the rubber band. Pedagogically, notice how the teacher works hard to support the students, drawing their attention to particular aspects of the geoboard. 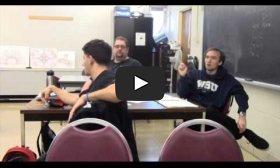 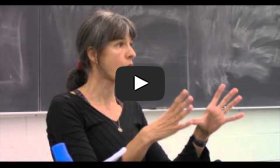