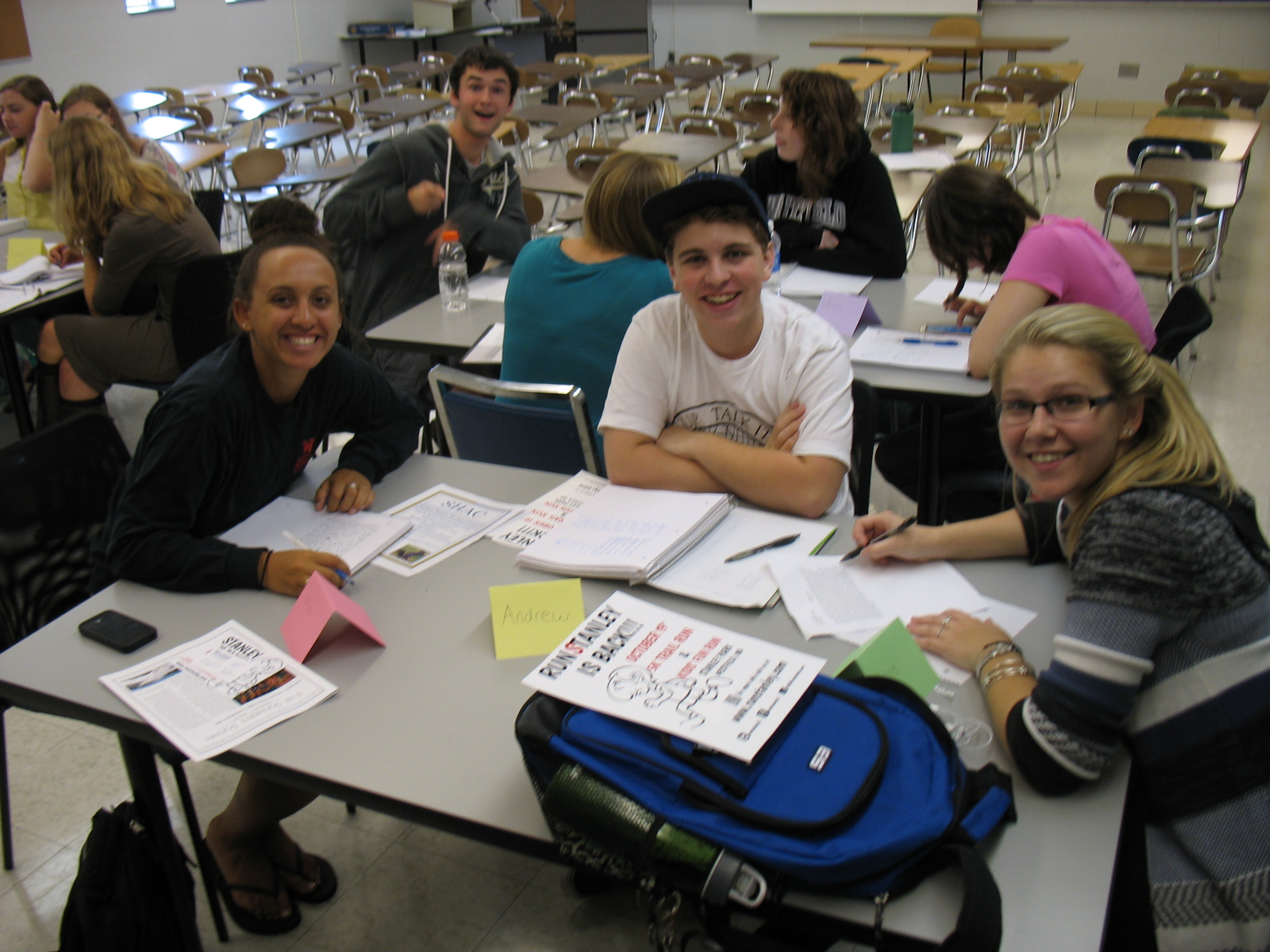 This blog will help you to use nametags to:

In the first class I ask students to write their name on a notecard and to place it in front of them. At the end of class I collect the name tags and in the beginning of the next class, I will set them up again, likely in different places. I call this strategy one of the “control knobs” of an IBL instructor, because where and with whom the students work has a big influence on the effectiveness of their learning.
There are many options to consider for grouping students: mathematical knowledge, speed, being introverted or extroverted, gender, friendships, special needs, etc. For any of these attributes I could group homogeneously or heterogeneously. (So maybe I have a few more choices than I wanted to have ;-) )
Each semester, it really depends on my audience and the particular set of students how I choose and change groups.

Generally I rotate the students randomly during the first two weeks of classes. This gives them a chance to get to know and trust each other, which in turn makes them more comfortable to speak up during whole class discussions.
To make good decisions about groupings you have to watch your students very closely and you will be wondering about their independence, anxiety level, confidence and mathematical abilities. You will be surprised to see that after the first two weeks you don’t just know their names but you actually have a sense of who there are and who they could be as mathematicians.

Often I group student by level (not across levels) and am surprised that many teachers/faculty struggle with that idea. Maybe this is a cultural difference? I grew up in Germany and I am wondering if there is a belief in the US that all students should be treated the “same” and that grouping across levels will help them become more the “same”? I believe that all students are inherently different, that they know and learn differently and that there is no way that they will ever be the “same”. I believe that the best learning happens when you work with people that share a similar learning edge.

Student's Experience:
"In the past I don't think I have ever enjoyed working in groups. I think this is because the groups aren't always formed in the style that you used. It is really hard to work with other people who are less motivated, or work faster than me, and it gets frustrating for everyone involved. That being said, I have actually quite enjoyed working in groups this year. Because you took the time to find the right fit for us, the groups work better. I like working with people who are similarly motivated and seem to work at the same speed as me."

See the audience blog to get a good sense of a typical Math for Liberal Arts audience and goals to see some of the meta-goals for our students.
I like to group the students so that they can feel mathematically successful. That often requires placing at least one confident and persistent student in each group to keep things going.


Having a mathematically very strong student in a group of anxious students might actually lead to more anxiety so I tend to have my mathematically strongest students in a separate group. They might also work on extension questions if they are finished with the tasks of the day or week already.

Now there are also some students that will struggle a lot with thinking and working independently. They might be tempted to just follow along in their groups. To avoid this, I tend to group several of them together and let them learn how to step in more.

I usually do not tell my MLA students why I group them in specific ways. Speaking about mathematical levels could trigger math anxiety and old beliefs about themselves - and we want to shake things up, give them new experiences in which they can revise their idea of who they are as mathematicians.

Often I keep changing groups throughout the whole semester; sometimes I leave the groups the same for a few weeks, especially if they are working on larger projects together.

Most students in calculus are not anxious about mathematics. They might not all be mathematics majors but they usually come from areas that heavily use mathematics.
Because of this I can talk more openly with them about how to choose good working groups. 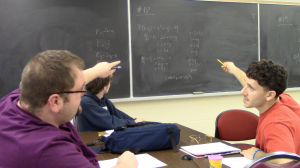 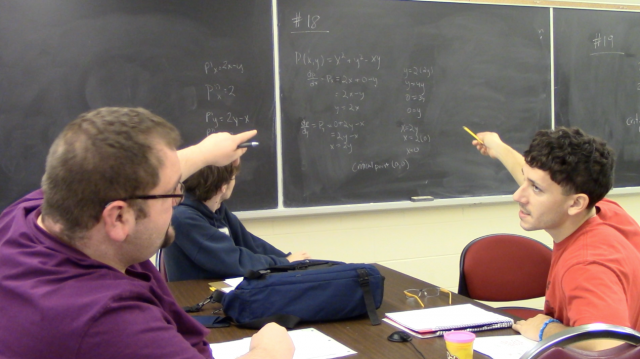 I like to tell my students that the first two weeks of group rotations are like “speed dating”. The goal is to find people who are on a similar level, work at a similar speed and people that they get along with well. Most of the students are relieved to hear that they can work at their own speed (except for the few who like to just follow along). I often have one-on-one conversations with students about who I think might be a good partner for them or who might not be and why.

Once we found good groups, I leave the groups constant for the rest of the semester. Information gets shared between groups through whole class discussions or by me asking a few groups to talk to each other when they disagree about a conjecture, a computation or a proof.