Hello, my name is Nicholas Taliceo and I am senior at Westfield State University. I’m a Mathematics major and I love it. I’ve had some amazing experiences – I’ve taken many unique mathematics courses, attended and presented at numerous conferences including the 2015 JMM conference in San Antonio, TX, and had the opportunity to experience undergraduate research, just to name a few. Interestingly, only a few years back, I would have never thought that I would be doing what I’m doing now… 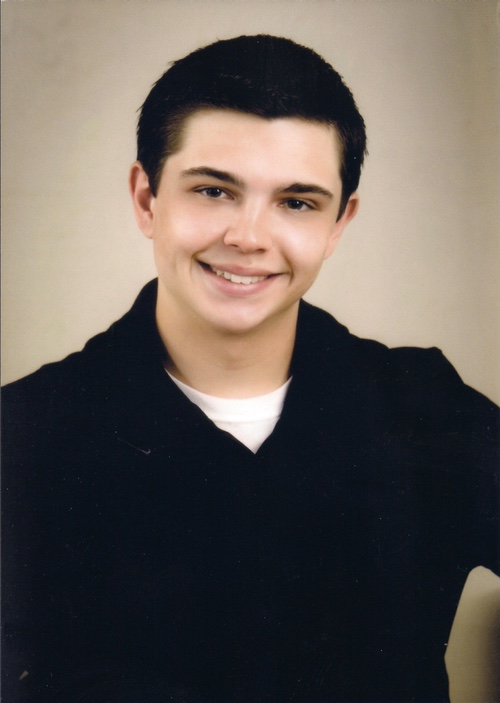 In high school, I hadn’t even considered becoming a math major. In fact, I had my heart set on becoming a pharmacist. Why? Well, because many of my friends were applying to pharmacy school. Why were they applying to pharmacy school? Because it was practical: they were all considered smart, were decent at math, took a chemistry class or two (and liked them), and would have an impressive degree with job security when they graduated. Most importantly, the profession comes with a BIG paycheck.

That sounded good to me too, so at the beginning of my senior year I began applying to some pharmacy schools. I was accepted, but also applied to other schools as a backup. One of these schools was Westfield State University, where I was accepted as an undeclared major. Anyway, I got into the school and program that I thought I wanted, but there were multiple drawbacks. For one, I was only initially accepted into the pre-pharmacy program, and after two years would have to apply to the actual pharmacy school. Assuming I would get into the pharmacy school, I would have to go to school for an additional four years. At the time, a six year degree seemed like too much of a time commitment (silly me!). Moreover, after all was said and done, I would have a projected $164,000 of debt to my name, which included a 50% tuition reduction scholarship and not including transportation, books, etc. Being that I am the first person in my family to go to school, that bill was WAY too much for us to even think of. To my family and me, a bill the size of a mortgage was too much to handle.

Needless to say, I accepted my invitation to Westfield State with absolutely no idea what I wanted to do with my life. In hindsight, I probably would not have liked being a pharmacist anyway (many of my friends aren’t really crazy about it either). However, during my freshman year I was not thinking that way. Coming into my freshman year I was very nervous, and perhaps even a little distressed and dare I say depressed. I mean, I probably just made one of the largest financial decisions of my life. I potentially could have had a job that makes six figures right out of college with job security and benefits. I would have been set for life. I would have been a success. Was it a mistake? Should I have taken the offer at the other school? Well, we’ll never know, but it doesn’t matter now because I’m very happy with where I am at.

Now, how did I become a mathematics major? As I’ve mentioned before, I came into Westfield State as an undeclared major. Back during my first semester, the university made a prearranged set of classes for me, all being general education core classes. One of these classes was a math class – Math 110, Mathematical Explorations with Professor Fleron.

Now, when I received my schedule in the summer, I wasn’t very happy with this class. I thought that it would honestly be a waste of my time (at the time I was considering becoming a chemistry major and I needed to go into calculus). I thought that taking this class would set me back. Turns out I was very, very wrong. In fact, this class was my favorite class that semester (and is still in my list of top three favorite classes of all time). Mathematical Explorations opened my eyes to the possibilities of mathematics in my life. Before this class, I did not know that math could be so interesting and so beautiful. I thought that math was just “crunching numbers” and was only useful for people doing taxes (or something else I considered to be boring). This class showed me how wrong I was – math is creative, and requires a lot of skill and thinking outside of the box.

I was also shown how some of the fundamental concepts of math, taught in high school, were actually found and proven, which made those concepts that much more powerful, interesting, and meaningful.

Mathematical Explorations really opened my eyes to the possibilities of mathematics which I never knew existed. Moreover, I believe it was that class which convinced me, the nervous, stressed and apprehensive freshman who was already doubting himself about his career choices, to pick mathematics as a major.

Even more surprising to my family and I was that I was completely sure and excited about this decision, without questioning and still haven’t questioned myself one bit (I’m a very indecisive person). If it wasn’t for Mathematical Explorations, where would I be now? Would I be a math major? Possibly, but probably not. Would I be a chemistry major? A criminal justice major? An education major? Would I still be at Westfield State? Would I have dropped out of college? Who knows, but I do know one thing: I probably wouldn’t be as happy as I am now.

Now as I am writing this, I am in my senior year of college, and have taken a bunch of mathematics courses, way more than I need to graduate. Why? Because I want to. Because these math courses are interesting. Most of these courses I didn’t even know existed a couple of years ago. I’ve also been working on an amazing research project under the Research Experience for Undergraduates (REU) program offered by the mathematics department as well as through the Honors Program. Three years back, I didn’t even know that there was current mathematical research being done! 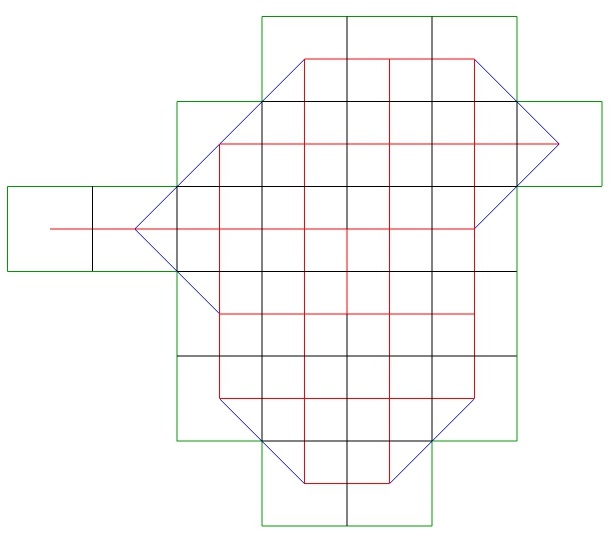 Abstract of REU Project:
Geographic Information Systems (GIS) have become crucial to daily life. They are particularly useful in scientific areas, including landscape ecology where they can measure the density of land relative to water using landscape indices. Current landscape indices like GRADSTATS' aggregation index only measure cardinal adjacencies - edge to edge adjacencies in the N/S/E/W directions. Essential to the method is knowledge of the optimal configurations, a result established by Haray and Harboth in "Extremal Animals" (1976).

GIS experts have asked us to help them develop a method of measuring adjacencies which include diagonal, or corner to corner, adjacencies as well. We call these intercardinal adjacencies. Essential is the determination of optimal configurations - which polyominoes of each size have the greatest number of intercardial adjacencies. We are working to prove that these families are indeed optimal. Once completed we will work with GIS experts on integrating this new method, called the intercardinal metric, into GIS systems.

Thus far, I’ve had an amazing experience as a mathematics major. Given my prior personal history, these accomplishments as a mathematics major seemed extremely unlikely. Looking back, I firmly believe that my current success has much to do with my first college class, Mathematical Explorations. It was a class which truly opened my eyes to the great possibilities and opportunities I have in the field of mathematics.